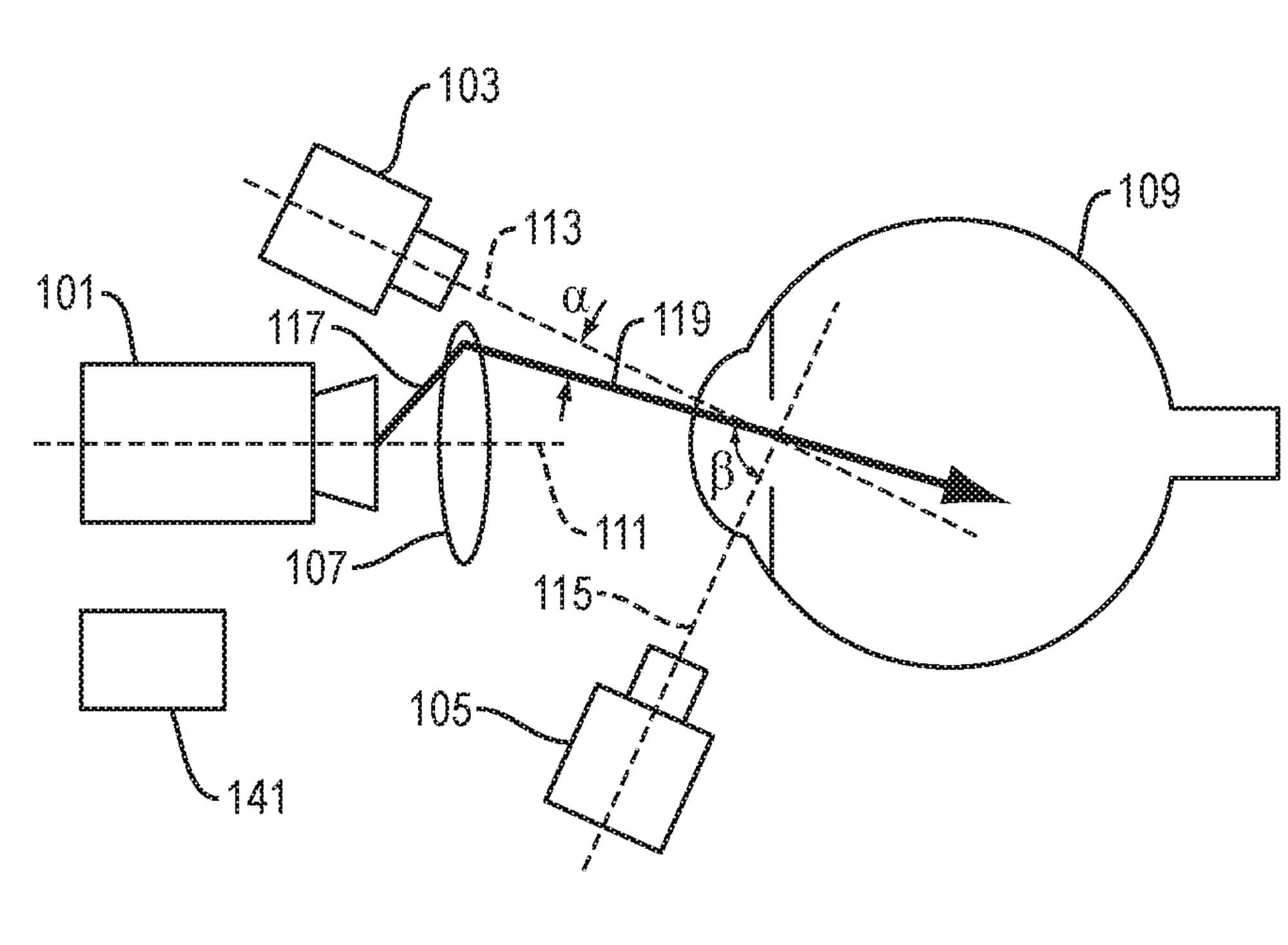 ABSTRACT: A projector and one or more optical components project a light pattern that scans at least a portion of an anterior segment of an eye of a user, while one or more cameras capture images of the anterior segment. During each scan, different pixels in the projector emit light at different times, causing the light pattern to repeatedly change orientation relative to the eye and thus to illuminate multiple different cross-sections of the anterior segment. The cameras capture images of each cross-section from a total of at least two different vantage points relative to the head of the user. The position of the projector, optical components and cameras relative to the head of the user remains substantially constant throughout each entire scan.