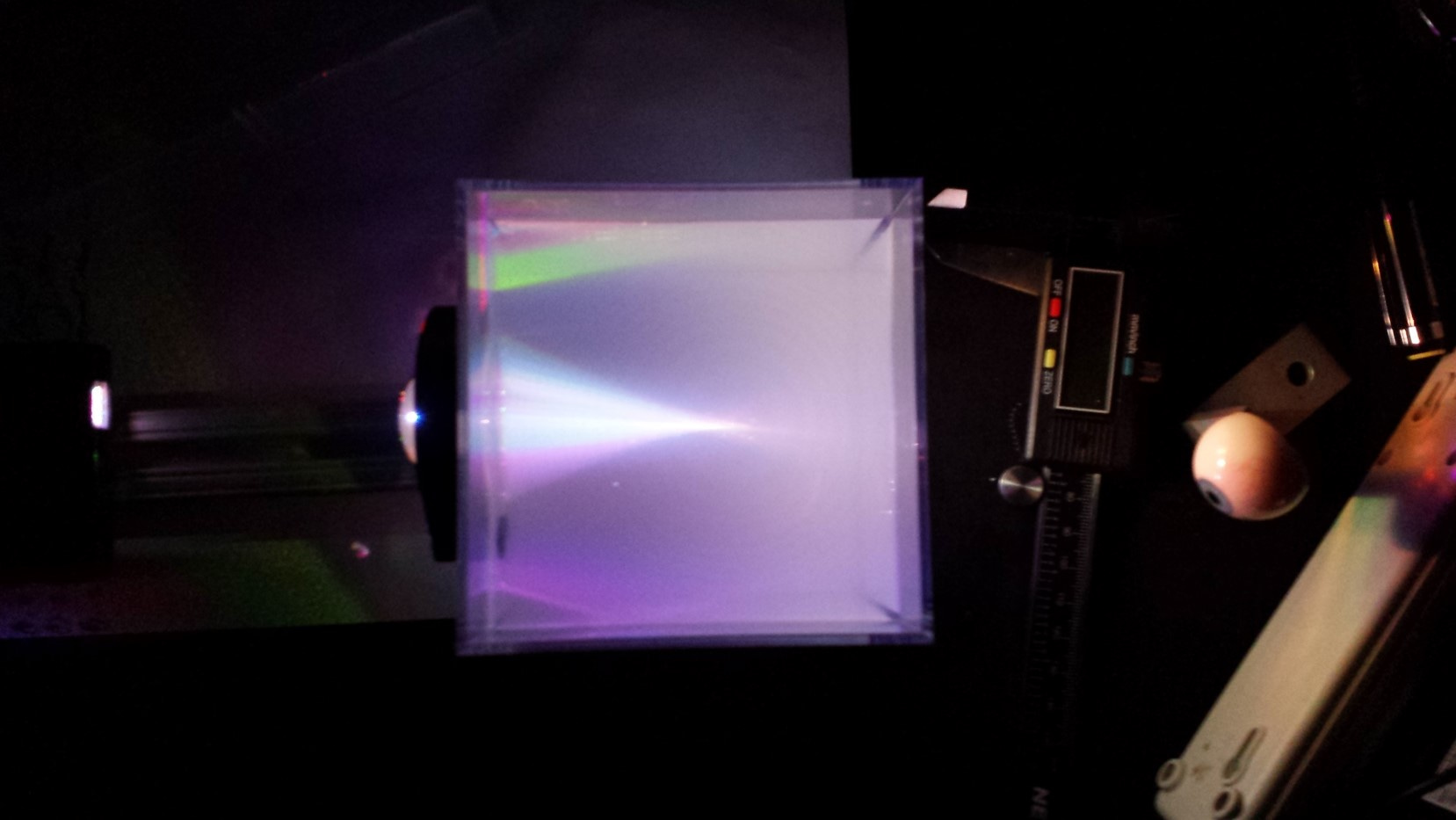 In illustrative implementations of this invention, a low-cost, wearable solid-state device with no moving optical parts is used to create a full 3D reconstruction of the anterior segment of the eye (including the corneal epithelium and endothelium, the iris, the pupil and the crystalline lens). A pico-projector projects computationally generated patterns onto the eye and one or more cameras image the scattering produced at the boundary of optical media with different refractive indices. A computer executes a software program to reconstruct a 3D model of the anterior segment of the eye. The computer uses the generated 3D model to produce topographical maps of the anterior and posterior surfaces of the cornea, measure the curvature at any point of the cornea and to measure corneal thickness.

Many disorders, such as cataracts, ulcers, pterygia, and angle-closure glaucomas affect the anterior segment of the eye and can lead to blindness if left undiagnosed.