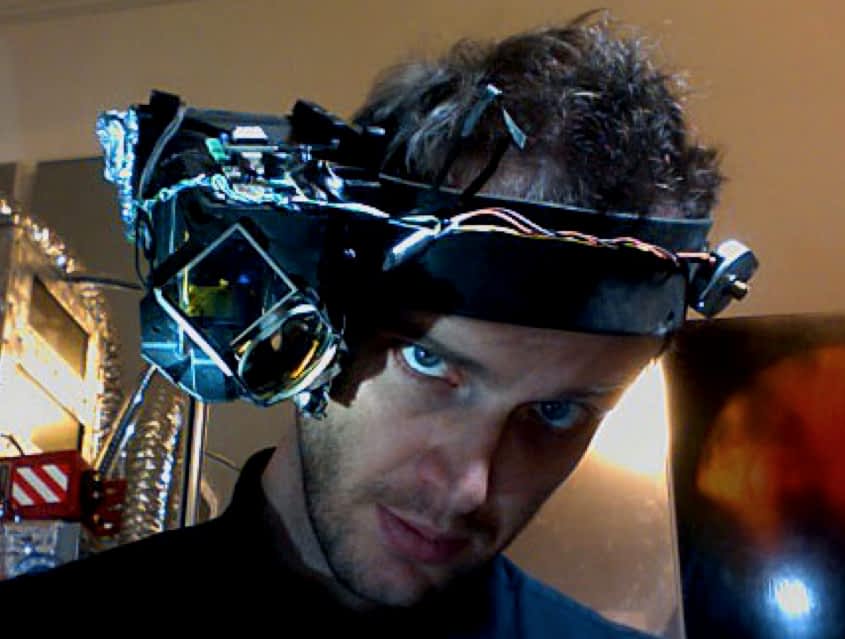 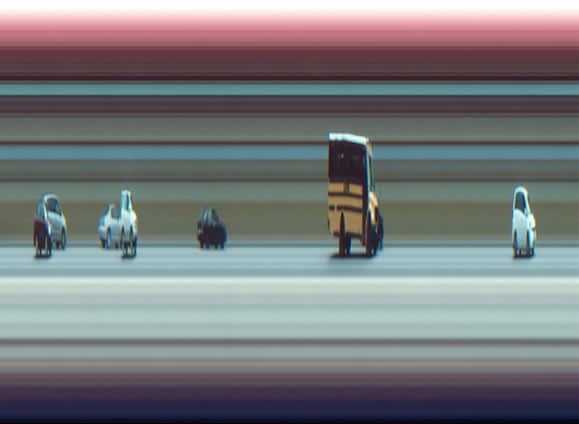 Thinking of the human visual system as a complex matrix of time-limited interactions, which are constantly decoding meaning in the action of sight,  I wanted to isolate a single rod or cone and, in this case, a single row of sensors in order to create a singular perspective through time as the starting point to create this ongoing body of work.  Images that are not confused by the superposition of surrounding receptive fields.  For this, I built the head camera which embodies a variety of materials including bits of a heart defibrillator, lenses ground from lead crystal prisms and one of my first homemade rectilinear photosensitive cells.  What it offers is a perspective in space and time that our complex retinas, eyes, do not allow us to consciously perceive.  It allows for performative actions to be captured in their entirety within the space of a single frame.  They are single exposures expressive of entire performances, in nature they are complicated performative pieces to make, some of which take days of focused preparation.  They are not optical distortions created by the irregularities in the lens, or in any way manipulated with a computer in post-production, but reveal instead a focused compression of time through a singular space, commenting on two of the most important works in the 20th century, that of the relativity of space-time as interconnected and Heisenberg’s uncertainty principle.

In the same way that time can be compressed it like wise can be expanded through the variables of perspective, and space.  This is the first digital camera I created which is nearly three feet across, makes an absolutely horrible noise and has enough copper in it to make about 2000 pennies and is most sensitive to ultraviolet light.  Conceptually it was made to address the human form as a set of generalities.   The Third Book, address the human form as a set of generalities.  Inspired from Herodotus’s the history, form is omnipresent, rulers and god-forms of great deed. His writing inspires the greatest struggles of humanity and the momentary bliss of engaging mortality. 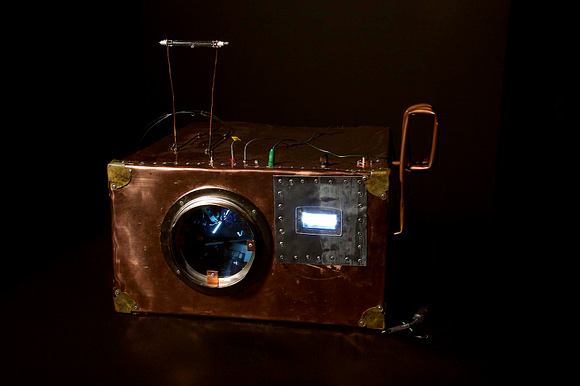 The art of tone addresses the complexity of musical articulations, chordal patterns, and compositional forms into a new visual tapestry touching on the performative aspect inherent in the photographic medium.